What You Need To Know About The New Price Of Bread

What You Need To Know About The New Price Of Bread

With a pandemic in the air and a dwindling economy, it is impossible for things to remain the same.

Nigerians have been faced with the harsh reality of an increase in price of food items including bread. Cost of production has been on a steady increase for a few months now and so bakers and food manufacturers generally, have been forced to increase the price of their finished products in order to prevent themselves from running at a loss and eventually close shop.

Profit margins have been wiped out and maturing loans are even making it more difficult for businesses to keep their heads above the water. Bakers had no choice than to go on a strike until the price adjustment was done.

The increase in the price of raw materials is not the only issue. Some vital materials like wheat flour are also scarce. The local wheat flour producers cannot meet up with the high demand, hence the dependence on imported wheat flour which has been difficult to get due to certain government policies and travel restrictions due to the pandemic.

Data shows that 70 percent of flour goes into bread production. This shows how popular bread is as a staple food and how the demand for bread is high. Knowing this, Breadish bakery was able to weather the storm and continued production even in times of uncertainty.

Although we did a price adjustment as well which is understandable, we urge Nigerians to bear with us in this trying times.

Reach Out to Us

We are on Social

Click one of our representatives below to chat on WhatsApp or send us an email to breadish@fordeofoods.com 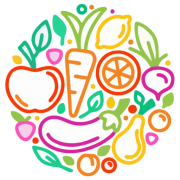